We have clear seasons here. Some people reckon we have four seasons, but the Sámi people have taught us there are actually eight. Winter is divided into three seasons; early winter, true winter and spring-winter. The climate and seasons are very important to the Sámi people for their reindeer herding, and as our guest we can offer you all
kinds of things to do depending on the timing of your visit.

Dividing the year into eight seasons is a Sámi custom. The indigenous Sámi followed the changing seasons when they moved their reindeer between winter and summer pastures. These days most Sámi are more or less settled, but for those who are involved in reindeer herding the working activities are still planned around the seasons and the climate. The Sámi’s traditional knowledge about the elements of nature is important in a region where there are stark contrasts between summer and winter. Some years the temperature difference can amount to as much as 70 degrees C.

Dálvi, winter, is the longest of our eight seasons and lasts from December to March. The cold grabs hold of the landscape, freezing it into the most exquisite formations. Howling blizzards haunt the mountain regions. You have to dress with care if you’re spending time outdoors. Layers on top of layers, with wool closest to your body and a thick down jacket to keep the heat in. In Kiruna and Swedish Lapland we love the outdoor activities winter brings: snowshoe walking, snowmobile driving, dog sledding, skiing and ice-fishing. On clear nights, the northern lights can often be seen dancing across the sky. During winter the reindeer are looked after daily, but also during this season they graze freely, mostly on lichen that are found under the snow. The reindeer is adapted to the harsh Arctic climate and can store both water and energy when the temperature drops.

The spring-winter, giđđadálvi in Sámi, falls in March/April and brings light and warmth after months of winter. This is the peak season for snowmobiling, dog sledding and ice fishing. And for skiing both downhill and cross country. Or if you prefer a more relaxing day, you can carve yourself a snow sofa, roll out your reindeer skin, light a fire and enjoy a coffee in the brilliant sunshine. The spring-winter spells busy times for reindeer-herding Sámi. This is when the reindeer are moved from their winter pasture in the forest land up to the mountains. It’s easier to watch over the herd in the mountains, and pregnant cows get the peace and quiet they need before giving birth.

After spring-winter comes spring and in Kiruna this usually occurs in May. Up in the mountains the nights are still cold and the conditions for snowmobiling, ice fishing, dog sledding and skiing can still be excellent. At the end of May, the sun stops going down and the period of midnight sun begins. The reindeer calves are born and take their first stumbling steps, watched over by their mothers.

In June, the magical light of the midnight sun can be seen in all parts of Kiruna. The spring becomes pre-summer, or spring-summer, and nature turns green almost overnight. This time of year marks the beginning of the hiking and biking season, although snow can last throughout June in the mountains, and we switch the ice-fishing rod for a spinning rod, or fly-fishing rod. For the reindeer, June is the start of a much longed-for, tranquil time.

In June/July the eagerly awaited warmth arrives and it’s finally summer in Kiruna. This is a time to enjoy a dip in a mirrored lake or cool your tired feet in a merry mountain stream. For the Sámi communities, summer is a hectic time of year. The reindeer have continued up onto the high mountains to escape insects and heat and the calves are rounded up for branding. This is an important event of the Sámi year, which involves both hard work and the opportunity to socialise with members of the Sámi community.

In August comes autumn-summer. Berries and mushrooms ripen and we fill our larders and freezers with all the goodness of nature to keep us through the long winter. The evenings and nights begin to darken, insects disappear and nature changes colour in the mountains. If you’re hiking, you’re rewarded with beautiful scenery all around. The autumn-summer is an important time for the reindeer to eat everything that nature offers and build up their fat reserve and muscle mass in preparation for the approaching winter.

And then autumn arrives, in September-October. The sun is high and it can be nice and warm during the day, even if the clear air tells us it’s autumn. The northern lights return to Kiruna in September, dancing in the sky during clear nights. Despite the frosty nights there are still mushrooms and berries available, at least in the beginning of September. Autumn is also hunting time, with the traditional elk hunt taking place in Kiruna. Autumn is another hectic time for Sámi reindeer herders. The reindeer mostly graze in the low mountains and towards the middle of September, just before they rut, it’s time to slaughter the steers, and any calves missed during summer are branded.

Pre-winter makes its entrance in November-December. Days get shorter and nature changes colour to white as the snow comes to stay. The ski enthusiasts eagerly wait for trails and slopes to open and sometimes this happens already in November. During this time of the year, the reindeer hurry to graze any grass or sedges remaining in the forest or on marshland, where they can reach it even if there’s a snow cover of 10-20 cm. In November/December reindeer herds are divided into winter groups and moved to the winter grazing lands in the forest. It is also a time for slaughter; mostly calves are slaughtered during the early winter. In Kiruna, the polar night begins in the second half of December. During a period of three weeks, the sun does not rise above the horizon.

A guide to the months in Kiruna

20 tips for the childrens summer in Kiruna 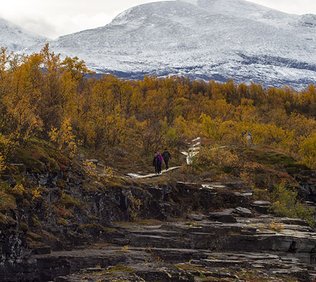 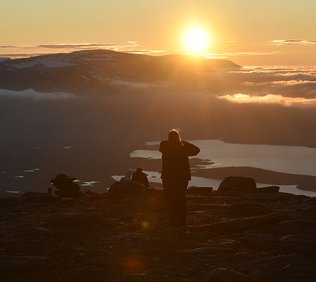 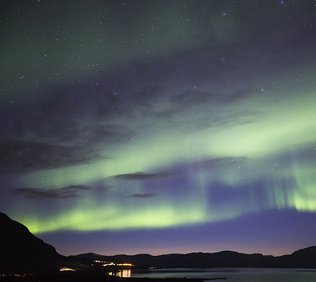 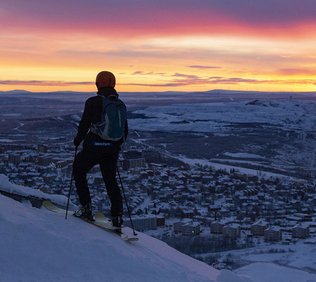 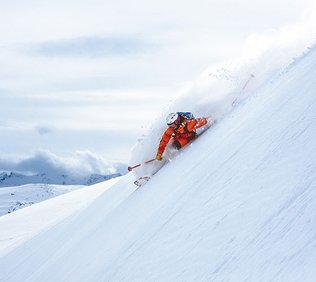 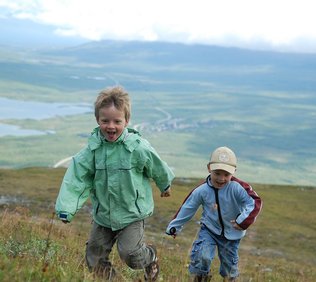 20 tips for the childrens summer in Kiruna 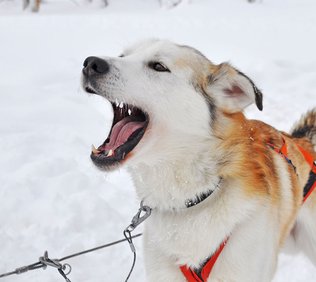